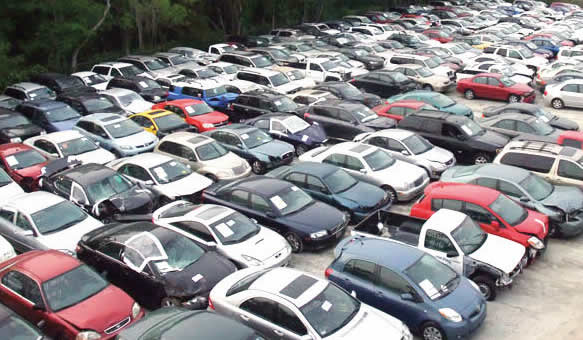 The House of Representatives Committee on Customs and Excise have increased their revenue targets to N1.56tn for the Nigerian Customs Service in 2021.

The amount was originally suggested be to around N1.4tn, however during the budget defence session held with the Controller-General of the NCS on Tueday sdue to the pandemic the targets where increased accordingly.

The Customs committee proposed a ban on importation of vehicles that have been used for more than 7 years.

Chairman of the committee, Leke Abejide, insisted that the targets on duties and VAT have remained the same throughout the pandemic.

Abejide said, “The 2021 proposal that Customs brought to us; we compared notes of what was presented to us in the 2020 fiscal year and what was collected by the service. There was a proposal of N1.4tn. When we looked at your new proposal and the kind of noise it will generate when we get to the floor of the House, we don’t want to have problems on the floor trying to pass the budget.”

He continued “We are now working on a policy proposal that will reduce the years of the vehicles that will be imported into the country as used vehicles.

“Our own is to ensure that we have roadworthy vehicles and that is not to say that we want to kill our own home-grown industries. It is our hope that our own industries will begin to produce vehicles that we can afford to buy and reduce importation of used vehicles.”